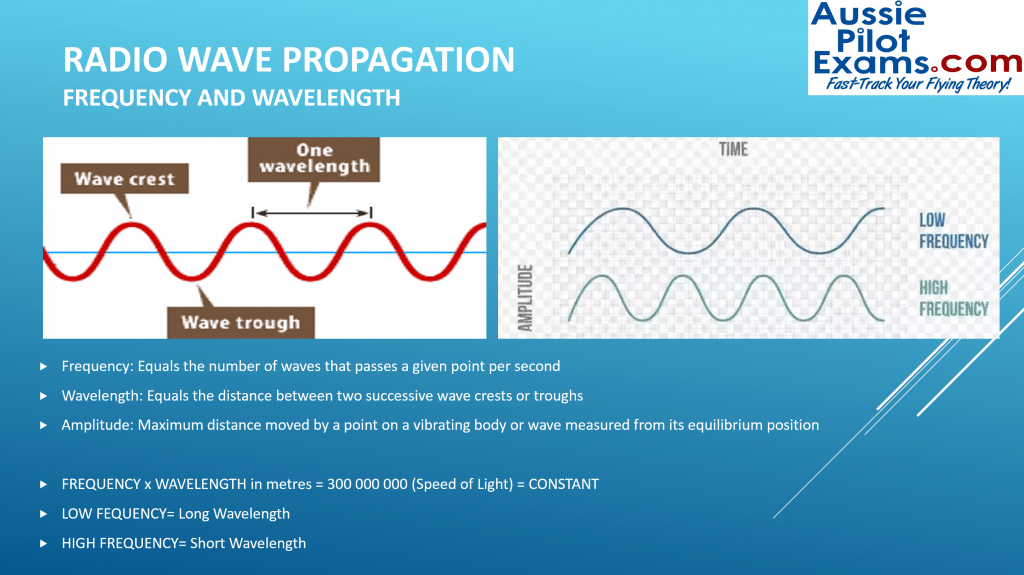 Radio waves, transmitted by an antenna, travel out at the speed of light in all directions.

If you could physically look at a particular radio wave and then count how many crests would go past in one second, you’d be referring to the frequency of the transmission.

Frequency is measured in Hertz.  In one second there could be thousands of waves (kGz – kilohertz) or millions (mHz – megahertz).

If we were to look at the distance from one wave to another, that would be the wavelength.

Wavelength and frequency are related.  When waves are long, fewer will go past each second, when waves are short, more will pass.

Because the speed of light is constant, measurement is easy.